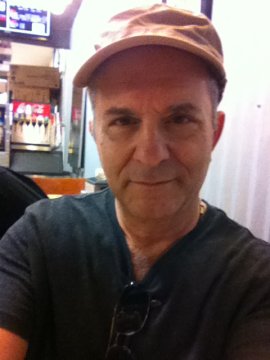 I was born in Atlanta,Georgia in 1954 and after a brief stay in Birmingham, Alabama lived in Gainesville, Florida from 1958 until I was twenty-one. I moved to Los Angeles in 1976 and in 1978 became a member of the Motels, a New Wave act that signed to Capitol Records in 1979. The Motels released five albums, and two of them achieved gold record status and produced two Top Ten singles: "Only the Lonely" (1982) and "Suddenly Last Summer" (1983), both singles reaching number nine. I also played on recordings with Tom Petty and the Heartbreakers, Sly Stone, Los Lobos, Bob Welch and Del Shannon. I moved to Seattle in 1989. Since then I have rejoined the Motels after a thirty-year break and am currently touring and recording with Martha and a new lineup. I've written three books: Start Your Own Band (Hyperion, 1997), The Marty Method (2004, self-published) and my new book "Music Everywhere: The Rock and Roll Roots of a Southern Town (University Press of Florida, 2016). I play music and write about music. I also have what could arguably be described as the largest privately-owned collection of restaurant menus in my zip code. This website is the result of me learning basic HTML coding when I worked at a dot com in 2000. I know this website is lo-tech but it is carefully handcrafted.